Severe venous injury in acute trauma setup – Is there a role for endovascular treatment?

A review of the medical literature from 1990 to 2017 using Pubmed and OVID Medline databases was done in order to search for reports of endovascular treatments of ATVI . No publication was excluded due to the small number of the available publications. Sixteen reports were found. The manuscripts were analyzed regarding the mechanism, location and type of injury, endovascular techniques utilized and both clinical and radiographic outcomes.

Endovascular treatment was reported in only 16 patients with ATVI during the study period. Most cases (10/16; 62.5%) were secondary to blunt trauma, while the rest (6/16; 37.5%) were secondary to penetrating injuries equally divided between gunshot wounds (GSW) and stab wounds. Endovascular stent or stent graft utilization was employed in 12 of these cases, 2 cases were treated by endovascular embolization and in 2 cases endovascular balloons were used for temporary hemorrhage control to facilitate open surgical exposure and intervention . No mortalities related to described the endovascular interventions were reported.

The experience with endovascular treatment of ATVI remains very limited. Currently available results, although very limited in numbers, appear promising. Additional study will prove essential in defining the optimal employment of EVTM concepts in the management of venous injures, particularly as technology continues to advance and experience with these modalities increases. 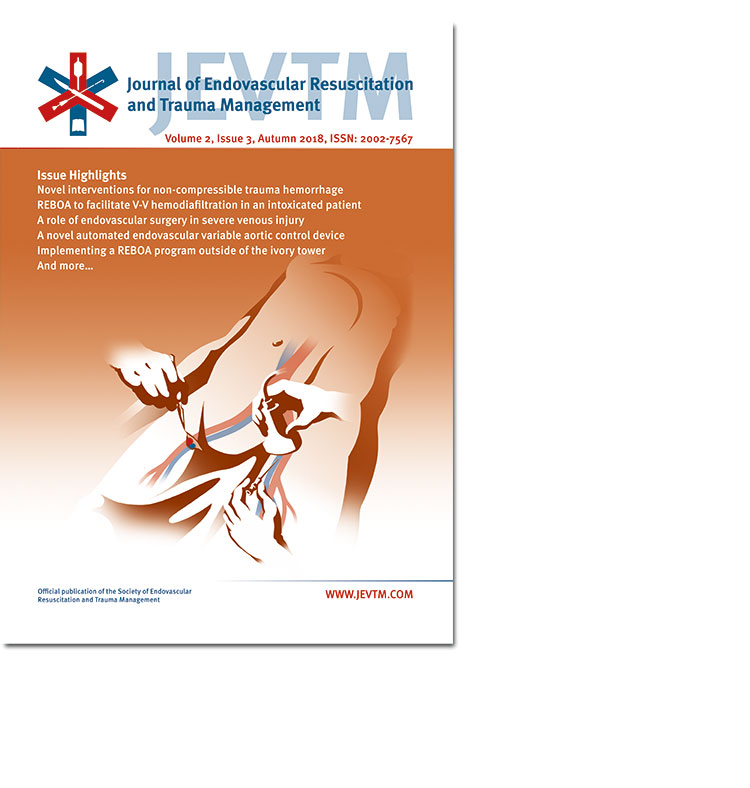