Introduction to the Sixth Edition of the JEVTM

Welcome to the sixth edition of the JEVTM!

In 1866, the Great Russian surgeon and scientist Nikolai Pirogov wrote: “A new era for surgery will begin, if we can quickly and surely control the flow in a major artery without exploration and ligation”. This era has now arrived and it is called EVTM! Our mission has been to maximize the benefits of endovascular technologies for trauma and bleeding patients: from the first attempts of REBOA by Carl Hughes in the 1950s with hand-made aortic balloon occlusion catheters used in our department since the early 1990s to modern successful cases of out-of-hospital REBOA use in combat and civilian casualties for ruptured aneurysms, post-partum hemorrhage and trauma.

In this edition, you will find articles related to a new strategy of damage control interventional radiology (DCIR), partial REBOA in elderly patients and in ruptured aortic aneurysms, thrombolysis for trauma-associated IVC thrombosis, simulation models for training of REBOA, contemporary utilization of Zone III REBOA and more.

As a continuation of EVTM development, Russian surgeons, emergency physicians, anesthetists, and others will be involved in the world of EVTM, participating in expanding the horizons of trauma care and cultivating the endovascular mindset. Also published in this edition are some of the abstracts that will be presented at the EVTM conference in Russia, St. Petersburg (7/06/2019). More than 35 oral and 30 poster presentations will make this conference a scientific feast for our audience! By adopting these new techniques for bleeding management, we are following Pirogov’s motto – to achieve fast endovascular hemorrhage control – which can only be done as part of an interdisciplinary approach.

We look forward to seeing you in Saint Petersburg at the EVTM-Russia meeting! 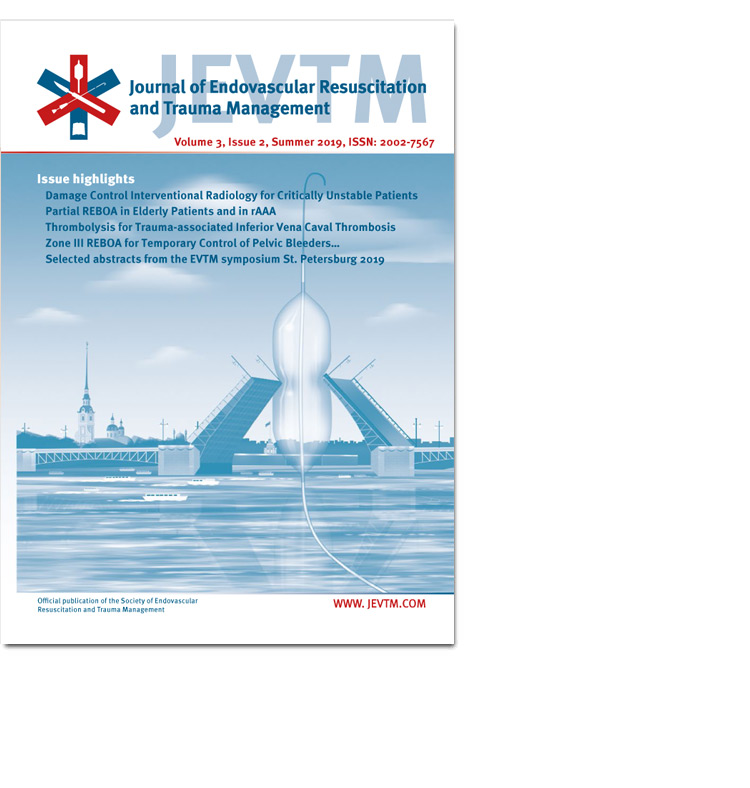